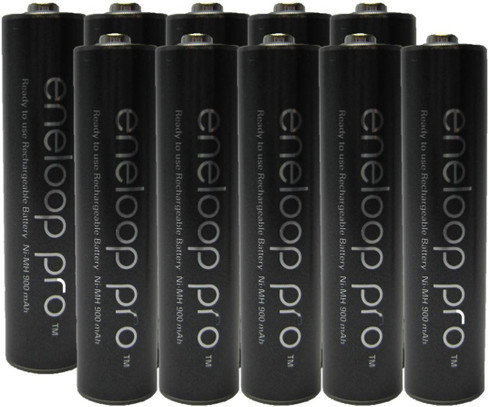 and the ability to be recharged up to 500 times

Eneloop pro battery cells deliver consistent power performance, maintain 85% of their charge for up to one year, come pre-charged by solar power (at the factory) and are ready to use out of the package. These Eneloop cells also have increased power, added storage life and extreme temperature performance down to -4 degrees Fahrenheit.

This product hasn't received any reviews yet. Be the first to review this product!

All prices are in USD. © 2020 TheBatterySupplier.Com. Sitemap | Shopping Cart Software by BigCommerce